Almost everyone has seen or heard of the Disney series of movies featuring a young boy, Andy, and his assortment of toys which come to life to help protect Andy and themselves from a world full of danger.  I was reminded of the movies this week as our small group continues with CS Lewis’s book, Mere Christianity. Towards the end of the book, CS Lewis tells a similar story. The boy, who I will call Andy, has a collection of tin soldiers that one day come to life, but their life is conflicted because they cannot understand the new world into which they have been born. They reject the feel of their soft flesh and yearn for the strength of their armor.  Andy sees their struggle. His love for the new creatures is unimaginable.  He wants them to know all that the new world has to offer them, and he wants them to love him in return. But the only way for him to do that is for him to become one of them. The gut-wrenching part is that Andy knows that some of the tin soldiers will reject him and likely kill him. But out of his love for them, he goes anyway. The toy story plays out as expected.  Many of the tin soldiers reject all that Andy has to tell them about the new world, and they conspire to kill him, and succeed. But a small group of soldiers believe, understand and love Andy. And from that moment on, they become a sort of secret society, infected by the knowledge of what Andy has explained to them, with their only mission being to tell everyone they know about the new world that they were meant for.
Posted by Tom Miller - Getting Deeper with Tom at 6:34 AM No comments:

Age of Ultron and the unlikely heroes

There has been a lot of hype about the upcoming release of the new superhero movie, Avengers: Age of Ultron.  I am not a huge fan of these movies, but I will probably see it when it comes out on Blu-ray.  My son-in-law keeps me in the know.  I AM a big fan of Donald Miller.  Donald wrote a book called Blue Like Jazz that I read several years ago, and I had a chance to meet him when he spoke at our church before he got all big and famous.  I also have a loose connection to him through some common friends.  Donald continues to write books and shorter essays on his blog.  After doing some analysis of heroes in movies, he came up with a list of six characteristics that most heroes have.  You may be surprised to find out who the unlikely hero is.  Click here to find out.
Posted by Tom Miller - Getting Deeper with Tom at 12:40 PM No comments: 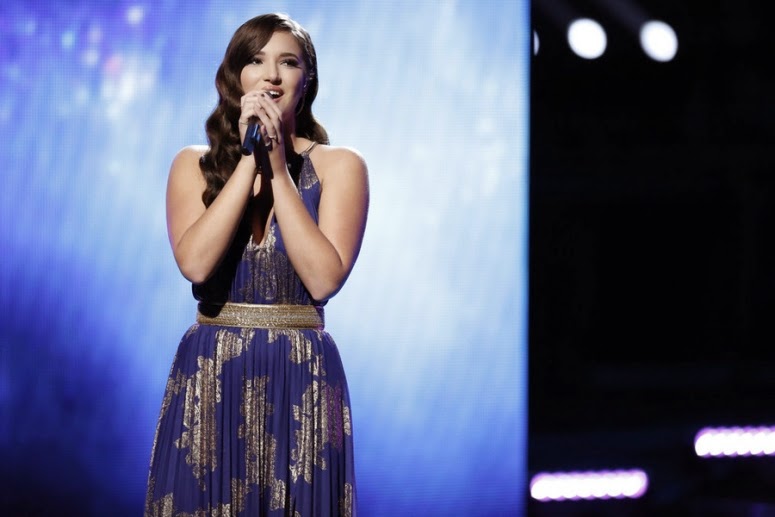 I have to admit that I am a fan of the live music reality shows.  I started watching the third season of American Idol when Diana Degarmo made it to the finals.  Diana went to school in Snellville with my daughter and the personal connection got me hooked.  I believe the level of talent continues to improve as more good singers decide to compete.  This season on The Voice, another small-town-Georgia-girl is trying to make her mark.  Deanna Johnson is from Hazelhurst, GA.  I don’t think I have ever been to Hazelhurst.  Or maybe I have, and didn’t know it.  You might pass through it if you take the backroads from Atlanta down towards Brunswick.  This week, Deanna performed Oceans, a Christian song made popular by Hillsong United.  It was satisfying to see a young singer have the strength to pick a song with a Christian message.  I was underwhelmed by her performance, but the fans voted to save her using the new “instant save”.   I usually like what coach, Adam Levine, has to say.   He has proven that he knows what a lot of people want to hear.  This week, however, I got really annoyed with him.  A common theme for coach’s comments in general goes something like this:  “Technically, that was a great performance, but I didn’t feel like you really connected to the lyrics. I want to feel something.”  In trying to defend Deanna’s selection of a Christian song,  Adam’s comments went something like this:  “Even though this was originally a Christian song, I think all people should be able to relate to this in their own way.”  What I heard was, “Don’t hold it against Deanna for picking a Christian song.”  It was sad to me that he felt it necessary to practically apologize for the song selection, and dilute whatever statement Deanna might have been hoping to make.   Would it have been so hard to say, “Deanna has picked a song with a message that reflects something that is very important to her”?
Posted by Tom Miller - Getting Deeper with Tom at 5:30 AM No comments:

For those of you that celebrate Easter, I am sure you have had your fill of bunnies and eggs.  I know I have.  I had an exchange with one of my pastors about Easter and Good Friday and learned a few things.  Easter began as a pagan celebration of Spring.  The word Easter is believed to be derived from the goddess Eostre, which means spring, and she was worshiped in Northern Europe as the goddess of fertility.  The same virtue was worshipped in the goddess, Ishtar, in Babylonia.  No surprise, her symbols were rabbits and eggs.   Apparently, there are some Christians who are offended by this and are very defensive.  I don’t think there is any need to be offended.  I believe that once Jesus came and was resurrected, believers thought they would rather worship Him than a sex goddess.  There was already a celebration going on in the Spring, so they just decided to make it about Jesus.  Jesus taught a lot of great lessons while He was here.  On the Thursday before his crucifixion, he taught his disciples that no matter who you are, you were put on this earth to serve, not to be served - and then He washed their feet.  Here is how one artist depicted that scene (graphic violence).
Posted by Tom Miller - Getting Deeper with Tom at 5:41 AM No comments:

I know I’m is a little premature, but I couldn’t wait until Mother’s Day to talk about Moms.   We love having my mom living next door to us.  We get to see her or talk to her almost every day, and she continues to take good care of us.   Caroline’s mom passed away when we were seniors in high school.  She died suddenly of a brain aneurism.  We miss her a lot, especially around this time of the year.  I get to learn a lot about her from knowing Caroline.  I am sure that some of Caroline’s best qualities came directly from her.  I also get to know a lot about her from our kids that Caroline has poured all of her love into for 31 years.  We now have another generation to watch and learn from.  Michael and Emily have two boys of their own, and I am excited to announce that Lizzy and Trey are pregnant with their first.  No doubt, that baby will be one of the luckiest on earth with Lizzy as her mom, Caroline as her grandmother and my mom as her great grandmother.  Happy First Mother’s Day Lizzy and Happy Mother’s Day to all of the amazing Mom’s in my life.
Posted by Tom Miller - Getting Deeper with Tom at 7:38 AM No comments: