I had never heard of "the hypostatic union" until last week.  The root, hypostasis, has both a medical and philosophical meaning.  The philosophical meaning has to do with the "underlying qualities or substance".  The hypostatic union is used by Christians to describe the fact that Jesus was both fully human and fully divine.  That is a hard concept for most of us to fully comprehend.  In trying to understand something difficult, we often try to compare it to something that is more familiar.  Last night in our ConnectGroup, we talked about a marriage being a commitment between two people.  The people are still both individuals, but the marriage is also a unique thing on its own.   A child is formed from the physical union of a man and woman.  The child is a unique being on its own, but the genetic material from both parents still resides within every cell of the child.   I love that God reveals His nature to us in His creation, which we have the joy and honor of being a part of.

Posted by Tom Miller - Getting Deeper with Tom at 6:51 AM No comments:

For those of us lucky enough to be parents, we all have times when we look back over our children's lives and find memories that we are especially proud of.   It doesn't get much better than seeing one of your kids sacrifice themselves for the good of someone else.  I can think of multiple instances with both of my kids where this happened.  This week in our ConnectGroup meeting, we talked about the question that God the Father asked of his Son.  "Will you strip yourself of the power and authority due to you, put on human flesh and go live among our creation to show them how I intended for them to live?  By the way, while you are there, you will be ridiculed, rejected, and despised.  Then they will drive stakes through your wrists as they nail you to a cross where you will suffer the most excruciating (derived from Latin: "out of the cross") death imaginable. "  I hadn't considered before that Jesus had to accept the covenant request from God.  It gets pretty complicated if you consider the trinity and know that the Three are One.  But here is what I do know.  I love that Jesus accepting the covenant from God mirrors our adoption into the family of God when we accept Him as our Lord and Savior.  I can only imagine the joy that God the Father had for his Son as Jesus accepted the covenant to give all of Himself for us.

Posted by Tom Miller - Getting Deeper with Tom at 6:58 AM No comments: 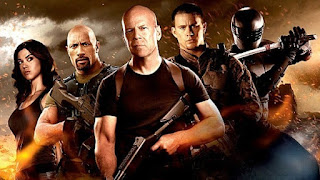 When you were a kid, did you ever wish you could make one of your dolls come to life? Maybe it was a GI Joe or a Barbie (I am not suggesting what I played with, or who should play with which.  I know that is taboo these days.) Let's just pretend you could have done that.  It's quite possible that the doll would not have been at all interested in being human.  They might much prefer to stay plastic like their plastic friends.  They might fight tooth and nail to keep you from ruining their precious plastic, for that is all that they have ever known.  Now what you might have done about that rebellion, I don't know, but when God looked down on his creation, He knew exactly what to do.  He made himself human, so that he could come to our world and show us what each of us was intended to be.  And He didn't enter the world as a King, but as a pauper.  One that was despised by some and betrayed by those closest to him, and was then executed on a cross.  But his execution was not the end, because he returned to Earth, both fully human and fully God.  And then it was complete.  One man (one doll) had now come fully alive connecting himself with all of humanity and with God simultaneously.  But here is where the analogy breaks down.  If the doll had successfully come to life, it's quite possible that none of the other dolls would care.  But when God came to Earth as man, he was immediately connected to all of us, not just at that one moment in time, but from the beginning of time to eternity.  I hope you feel connected.
For any of you that have read C. S. Lewis's, Mere Christianity, you will recognize this story.  It is all his.  I just changed the names to protect the innocent and shortened it so that more people might take a moment to read.  I hope I didn't butcher it too bad.   If you have another 7 minutes, listen to his words here.
Posted by Tom Miller - Getting Deeper with Tom at 11:37 AM No comments:

Football is back.  And after almost two years of limited football with very limited onsite fans, it may be hard to remember where you were or what you were doing 2 years ago.  But this Saturday, every one of us will remember where we were 20 years ago on that date.   I had just returned on Sunday from a trip to New York City to see the US Open with Caroline.  While we were there, we talked about going down to the World Trade Center, as I had never been there before, and Caroline had been only once when she was very young.   We elected not to go thinking it would be a great place to visit when we had our kids with us. On that following Tuesday, I was at work at Cap, Gemini, Ernst and Young on the 14th floor of our building on Northridge Road in Atlanta when I saw some of my coworkers standing around a television in the conference room.  The terror that followed was unfathomable.  Who could have imagined that 48 hours after being in New York, that the World Trade Center buildings would be rubble and thousands of people would be dead.    The terrorists committing the attacks hoped to tear our country apart, but most believe that the country was more united than ever after 9/11.   We all struggled to understand how something so evil could happen and many of us went to God for comfort.  While answers were slow to come for me, my searching did bring me closer to Him.  Billy Graham left this earth three and a half years ago, but his legacy of faith will remain with us forever.  I hope you take time to listen to his message of hope delivered just a few days after 9/11/01.

Posted by Tom Miller - Getting Deeper with Tom at 6:11 AM No comments:

We began our fall semester of ConnectGroup last night.  We are reading and discussing Mark Jones' book, Knowing Christ.   Mark is an author and pastor of Faith Presbyterian Church in Vancouver.   His studies of theology have included works by John Owen, a Puritan pastor living in England in the 16th century.  John Owen followed Martin Luther in attempting to purify the church from anything extraneous that had been added to Christianity by those in power in church and state.   I'm not sure what images "Puritans" bring to mind for you, but most of what I know has been shaped by TV and movies - people dressed funny and never having any fun.  It turns out, they were some of the most joy-filled people around.   I look forward to learning more about the one true joy that they were pursuing - knowing Christ more.

Posted by Tom Miller - Getting Deeper with Tom at 6:02 AM No comments: