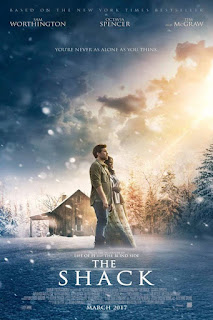 Several years ago, "The Shack" hit the best seller list and stayed there for several months.  The story focuses on a father's encounter with God, but God doesn't look a lot like the man in the paintings with the long white beard.  God looks a lot like the Academy award-winning actress, Octavia Spencer.  I guess when someone decided to make a movie from the book, they were lucky that Ms. Spencer was available.   The movie will hit theaters on March 3rd, and I for one, can't wait to hear and see the story again.


Posted by Tom Miller - Getting Deeper with Tom at 6:28 AM No comments:

Paul was a missionary - one of the Christian churches first church planters. His letter to the Philippians is his only letter that does not include admonishment or correction.  In his greeting, he expresses a strong since of passion and love for the recipients.  This love is more than a ubiquitous love that Christians have for one another.  We have to go back to the book of Acts to see that Paul's connection to the church in Philippi is very personal.  On his first trip there, Paul records encounters with three people.  He met a business woman named Lydia.  Lydia was a wealthy intellect that knew God and knew what He expected of her.  She knew that she fell short of those expectations, and that those sins could only be atoned by a rich sacrifice.  Paul told her about Jesus.   A demon-possessed young girl was harassing Paul and screaming at the top of her lungs incessantly.  Paul called the demon out of the girl making her whole again.  Paul demonstrated to her the full power of Jesus.  Paul was put in jail and bound with shackles for the "disruption" that he was causing.   In the midst of his suffering, Paul chose to sing hymns of praise.  A mighty earthquake shook the prison, threw open the doors, and released the prisoner's shackles.   The guard responsible for the prison prepared to take his own life knowing that he wouldn't have long to live after the prisoners had escaped under his watch.   But he was shocked to find all of the prisoners still there - still singing.  Paul told the guard, and all the guard's family, about Jesus.   So when Paul was writing to the church in Philippi, Paul was writing to Lydia, the young girl freed from demons and a guard whose life he saved - twice.

Posted by Tom Miller - Getting Deeper with Tom at 5:39 AM No comments: 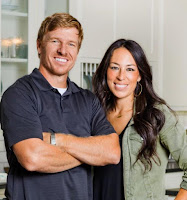 Last Christmas, my sister-in-law gave me a book about the back story of Chip and Joanna Gaines called The Magnolia Story.   I read with much interest how they merged his interest in real estate investing and construction with her interest in design to create one of the most popular brands in our industry.  They chose not to reveal a "pie in the sky" fairy tale about how perfect they are, but talked intimately about their personal struggles with their business, their relationship and their faith.  They have chosen to make their foundation of faith more public through several interviews and videos.  For a quick (7 min) look at their story, click here, and for a more in depth interview (50 min) with them, check this out.  With most of our media saturated with a "if it feels good, do it" message, I love that Chip and Joanna have chosen to offer something different.
Posted by Tom Miller - Getting Deeper with Tom at 6:00 AM No comments:

I am looking forward to another season of meeting with our Connect Group at The Vine.  We will be reading and studying Paul's letter to the Philippians Wednesday evenings.  We still have a couple of spots available if you would like to join us.  We meet in Braselton at 7:00p.m.   I look forward to sharing things that we learn together.     Connect To The Vine

Posted by Tom Miller - Getting Deeper with Tom at 5:43 AM No comments: