At the 2016 Olympics, Helen Maroulis became the first USA athlete to win a gold medal in wrestling.   She handed the defeat to Saori Yoshida, who had been the world champion 13 times previous to that match.  In 2017, she won the world championship in Paris, but in 2018, her wrestling world crumbled as she was diagnosed with multiple concussions and PTSD.  Her recovery and questions about her return to wrestling dominated her thinking for the next year.  But, there was a phrase that she remembered when she was battling Yoshida in the 2016 Olympics.  "Christ is in me.  I am enough."  I, for one, will be cheering on Helen this coming week as she competes in the 2020 Olympics.  Check out this video for more on Helen.

Posted by Tom Miller - Getting Deeper with Tom at 6:47 AM No comments:

My real estate business at Lake Hartwell keeps me pretty busy.  I love what I do, but I sometimes feel like I do a bad job of enjoying the lifestyle I am selling.   For the past several years, Caroline and I have joined up with good friends to host Pirate Camp for our older grandkids.  We have 8 pirates this year.  This is an anything goes, "just say yes", 3-day event.  It takes a significant amount of planning, and I count it as one of the most important things I do all year.  I hope that when they grow up and think back on their time with us, that the memories we make at Pirate Camp will be top of mind.

Posted by Tom Miller - Getting Deeper with Tom at 6:36 AM No comments: 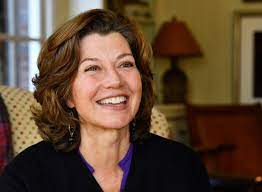 If you follow this blog at all, you know how important music is to me.  My wife, Caroline, and I were in high school band together.  My whole family played in the church orchestra when my kids were in high school.   Caroline and I still play with the Georgia Wind Symphony.   One of my first introductions to contemporary Christian music was through Amy Grant.  One of the first concerts Caroline and I attended after getting married was Amy Grant's.  Two years ago, we went with friends to Amy and Vince Gill's Christmas concert at the Ryman Auditorium in Nashville.   I was excited to see this trailer for a new movie coming in October called "The Jesus Music".    Amy is a part of it, along with some of the other artists that have shaped the industry and helped to shape our hearts.  I can't wait to see it.  Check out the trailer here.
Posted by Tom Miller - Getting Deeper with Tom at 12:02 PM No comments: 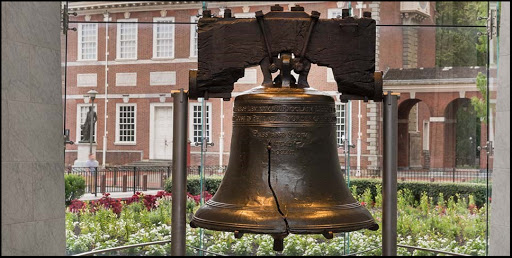 Independence Day celebrates our country's freedom from the tyranny of England.  One of the most iconic symbols of that freedom is the Liberty Bell in Philadelphia.  It is inscribed with the words "Proclaim LIBERTY Throughout all the Land unto all the Inhabitants Thereof", which is a biblical reference to Leviticus 25:10: "And you shall consecrate the fiftieth year, and proclaim liberty throughout the land to all its inhabitants. It shall be a jubilee for you, when each of you shall return to his property and each of you shall return to his clan."  One of our country's core principles is the freedom of religion, but it is interesting to explore the influence that the Bible had on our founding fathers and the establishment of our country.  So interesting that the American Bible Society has just opened the $60MM Faith and Liberty Discovery Center in Philadelphia near the site of the Liberty Bell.  The center was designed by the same company that designed the 9/11 Memorial and Museum and attempts to engage the visitors through interactive media.  The Center promotes the values of faith, liberty, justice, hope, unity and love and focuses on how the Bible helped to encourage and support those values in our founding fathers.  I hope I get to experience that in person one day.
Posted by Tom Miller - Getting Deeper with Tom at 7:00 AM No comments: 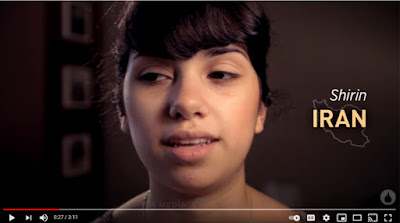 For most of us, Independence Day is about fireworks, family, bbq, and pie contests.  Writing this note each year forces me to focus for a moment on what Independence Day really means. I have never had my freedom taken from me, so it's hard for me to understand.   I certainly know of people who have been mistreated and even been abused, but I don't know people personally who have had their basic freedoms denied.  I found this short video of three people once denied their freedom that have since found it.  It is the closest thing yet to helping me understand.  Please take three minutes to watch with me.
Posted by Tom Miller - Getting Deeper with Tom at 8:13 AM No comments: