For two of the summers while I was in college, I was a camp counselor at two different summer camps.  The first year, I went to Camp Cherokee on Lake Burton.   This was a small, rustic camp with about 50 campers per session.  Most of my campers had a lot more experience camping than I did.  I distinctly remember them introducing me to the Indian Turnip.  This turnip is the root of a small plant and the campers encouraged me to try it, telling me it was “a little hot”.  I now find this description online:  The Indian turnip (Arisaema triphyllum), also known Jack-in-the-pulpit, contains toxic substances called raphides that cause the tongue and mouth to swell and can be fatal. The campers laughed for hours as I rinsed my mouth in the water from Lake Burton.  My second summer, I went to Camp Sea Gull on the North Carolina coast.  I describe this camp as a country club for teenagers, and there were over 1000 campers per session.  It included golf, tennis and sailing as its activities, as opposed to eating Indian Turnips.  Both camps offered great experiences and both were also focused on the spiritual development of the campers.

After, college I worked for several technology companies.  One year, I had 4 W-2’s after two companies that I worked for were bought up by larger companies.  It wasn’t terrible, but I felt like I was always starting over.  In 2002, I took a week off to slow down and figure out what I wanted to do with the rest of my life.  One of the ideas that I had was to start a Christian camp on Lake Hartwell.   I set up several meetings with existing camp directors in the area to get advice and spent some time exploring properties that might be available.  I was disappointed that the advice from the directors was to move very slowly.  They told me about all of the struggles associated with setting up a new camp and encouraged me to become involved in an existing camp instead of starting a new one.  So while that dream remained unrealized, another one emerged.  In looking for a piece of land for a camp, I discovered that the property search was what set me on fire.  And that realization is one of the major factors that encouraged me to change careers to real estate in 2003.

Over the past two years, I have had the pleasure of getting to know some of the people at Pine Cove Camps in Texas.  Their camps draw campers from all over the country, and their purpose of transforming the lives of people for God’s mission and glory ensures that they are doing much more than just providing a fun week away from home.  Since I have met them, I continue to run into campers and counselors who have been transformed by their experiences at Pine Cove.


I know many of you have your own camp experiences at these camps or others, and I would love to hear about them.
Posted by Tom Miller - Getting Deeper with Tom at 4:57 AM No comments: 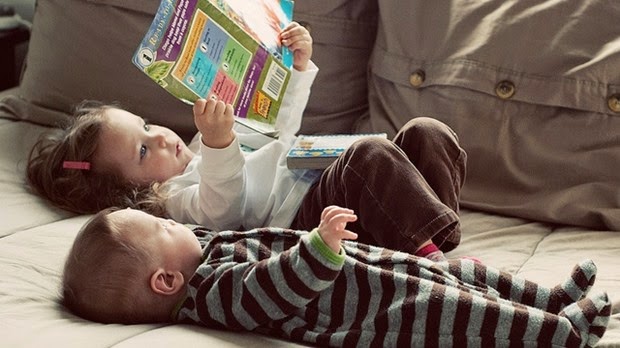 I am looking forward to having my family together this weekend for Memorial Day.  We are going to Phantom of the Opera in Greenville tonight and will certainly be enjoying the lake at the dock and on the boat through the holiday.  I have two grandchildren by Michael, Evan and Levi.  Evan is three and loves the lake. Evan also loves books.  I am so proud of Michael and Emily for showing him that books can be fun.  More importantly, I know Evan loves the individual attention he gets while it is just one of us reading to him.  I saw this article which reinforces how important this is and also give some tips for encouraging kids to love reading.  I hope you have someone fun to read with.
Posted by Tom Miller - Getting Deeper with Tom at 8:09 AM No comments:

Last night, I was at the lake by myself.  Around 11pm, I started to hear some thunder rumbling and see some flashes of lightning outside.  The heavy rain and wind followed soon afterwards.  I don’t consider myself scared of storms, but the power of the storm was ominous.  The storm seemed to parallel my week at work.  I have several sensitive client situations which are requiring a higher level of attention than most.  It is not uncommon that I am working to manage competing interests.  Emotions can run high, and I think one of the most important things I can do is to be steady and help to calm the fears of my clients.  Sometimes, I am better at this than others.    As Casting Crowns lead singer, Rob Hall, reminds me, I want to do a better job recognizing that while sometimes God calms the storm, other times he just rides it out with us.  Either way, praise Him.  If you have 5 minutes, take a listen
Posted by Tom Miller - Getting Deeper with Tom at 7:14 PM No comments:

Today, Keller Williams is celebrating Red Day.  Red Day is the day that our company sets aside for our agents to give back to our communities.  I will be heading to Hartwell to work on a Habitat for Humanity home, and our Braselton office is collecting food to make sure that school age kids that depend on their schools for food during the week also have food at home on the weekends.  Keller Williams is now the largest real estate company in North America with over 100,000 agents.  I am proud that we can come together today to give back to the communities that we depend on for our own livelihoods, and I pray that we will do a better job taking the servant attitude into the other 364 days of the year.
Posted by Tom Miller - Getting Deeper with Tom at 6:33 AM No comments:

Run For Your Life

This week in my SpotOnTheLake post, I talked about honoring our good friend, Cheryl Kniffen, who died of cancer this year.  (Earlier posts below on 3/14 and 3/19)  I am running a 10k at Lake Hartwell on Saturday and will be honoring Cheryl’s life with a contribution to Relay for Life, which is an organization that she was passionate about.  Cheryl was an avid outdoors person.  She loved to walk, run, hike and play tennis.  She lived life to the fullest, and it was all for the glory of God.  Even towards the end of her life, when she was in great pain and confined to a wheel chair, she was running the race – and winning.

From prison, under the threat of death by Nero, Paul wrote these words to Timothy who was his partner in ministry.  “You take over. I’m about to die, my life an offering on God’s altar. This is the only race worth running. I’ve run hard right to the finish, believed all the way. All that’s left now is the shouting—God’s applause! Depend on it, he’s an honest judge. He’ll do right not only by me, but by everyone eager for his coming.” (2 Timothy: 6-8, The Message)

My dad also died of cancer. Several years ago.  He was full of life, too.   While he never met Cheryl, he would have loved her.  During my quiet time this morning, I saw this overwhelming image of Dad and Cheryl together shouting, applauding and encouraging me to finish the race.
Posted by Tom Miller - Getting Deeper with Tom at 5:41 AM No comments: