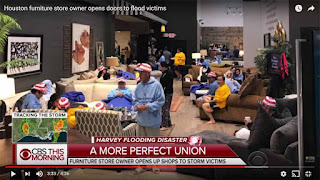 Mr. Osteen caught some serious flack this week for not opening his church to flood victims.  He had some very public responses after being in the hotseat.  Mattress Mack didn't need to be ridiculed by the press to move to action.  Mattress Mack has multiple furniture stores in the Houston area which he immediately opened to the victims.  According to this story, giving and serving is not a new thing for Mattress Mack.  I hope his business flourishes over the coming months, because Mack obviously has a pretty good feel for what is important and what is not.  Here's to real heros!
Posted by Tom Miller - Getting Deeper with Tom at 8:17 AM No comments: 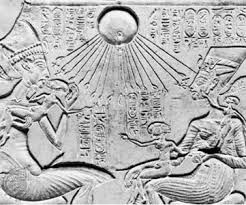 Today, when we talk about sun worshipers, we think of teenagers soaking up the rays at Daytona Beach during spring break.  But thousands of years ago, worshiping the sun took on a little different meaning.  Ancient inscriptions have shown that people all over the world worshiped the sun as their god with full control of the universe.  The warmth and light that all life requires radiated from their god. I can only imagine the horror that they felt on those rare times when the sun lost its brilliance in the middle of the day due to the moon passing in front of it.  At some point, there were scholars who could explain the phenomena, but there must have been millions of people who thought their god was dying, if only for a few minutes.  As the nation watched the eclipse this week with iPhones, eclipse glasses, shoe boxes and telescopes, it would be impossible to imagine that there was even one person who didn't know exactly why the sky was darkening.  I watched with utter amazement at the beauty of the phenomena, and I praise the creator that made it all possible.  My sin is the only thing that separates me from His brilliance.
Posted by Tom Miller - Getting Deeper with Tom at 6:00 AM No comments:

I learned about the tragedy in Charlottesville late in the day on Saturday.  I watched with sadness the hatred of the "nationalists", and then with horror the senseless death of one woman and the injuries to many others.


I was reminded of one of my favorite John Grisham stories, "The Chamber".  Sam Cayhall is on death row for the bombing of a Jewish lawyer's family, which killed his two young sons.  Ironically, Cahall's son, Adam Hall, ends up representing Cahall in trying to prevent his execution.  Adam is full of the hatred for his grandfather that you might expect anyone to have for a murderer, until Cahall's alcoholic daughter reveals his tragic upbringing.  The story is capped when she produces a photo of the 10-year old Cahall surrounded by a group of Klansman as a black man is hung from a tree.


The reason I like the story is not because it might seem to give the murderer an "out" because of his upbringing.  He is fully responsible for his actions.  But it does make me thankful that I had parents that took me to church and taught me the difference between right and wrong.  My nature is to hate the "nationalists" in Charlottesville, and I do hate everything they stand for.  But my heart also bleeds knowing that the hatred they feel may have been taught to them, just as I was being taught right from wrong.  I don't know if they will ever be healed, but I believe their best chance for healing would come if someone could show them the Jesus I know.  I pray I have a chance to do that.

Posted by Tom Miller - Getting Deeper with Tom at 9:02 PM No comments: 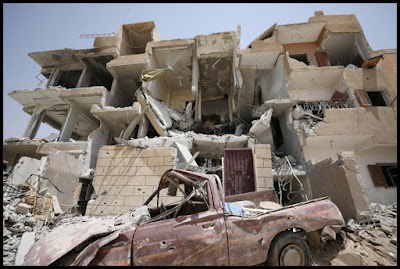 I read with sadness this story about Christians fleeing from the city of Raqqa in Syria.  At one time Christians made up about 1% of the population of that city.  With the advance of ISIS, Christians were given the option of converting to Islam or fleeing the city under threat of death.   All places for Christian worship have been destroyed.  The remaining Christians are now being driven out by the US led coalition forces that are bombing the city.  I am amazed at the strength of the Christians who are managing to keep their faith under the most dangerous circumstances and know that nothing but the power of our God could get them through.  I pray today for their safety and continued faith.
Posted by Tom Miller - Getting Deeper with Tom at 12:37 PM No comments: 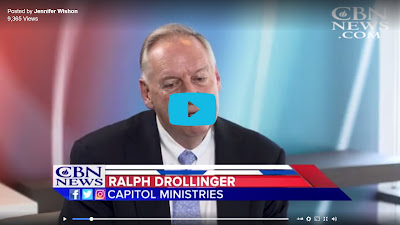 You may remember that Ralph Drollinger was the first collegiate basketball player to go to four consecutive NCAA Final Four tournaments.  He was playing for UCLA at the time.  You may not know that Drollinger is now leading a bible study for about a dozen of Trump's cabinet members at the Capital.  Attendees include Education Secretary Betsy DeVos, Agriculture Secretary Sonny Perdue, Energy Secretary Rick Perry, CIA Director Mike Pompeo and Attorney General Jeff Sessions.   Mike Pence sponsors the meeting and attends when he is in town.  Drollinger has lead studies in 40 state capitals, but this is the first one he has lead in the nation's capital.  I can't keep up with everything that is going on in Washington, and I don't really want to.  But I was surprised and delighted to hear about this regular meeting.  More here.

Posted by Tom Miller - Getting Deeper with Tom at 7:22 AM No comments: